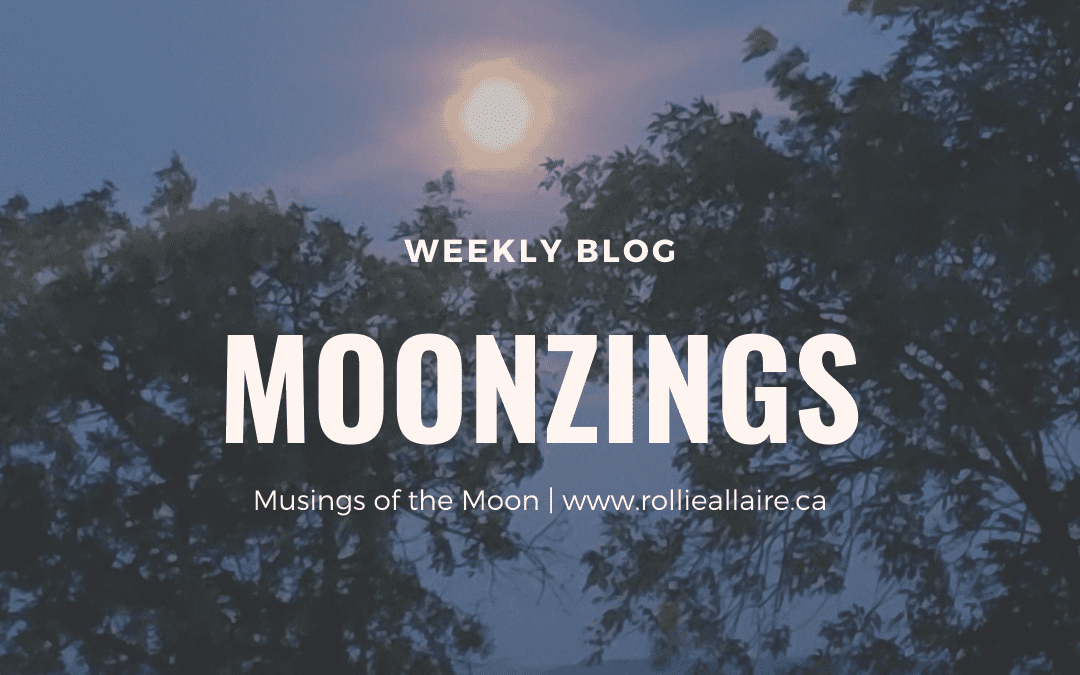 Monday is a fresh start. It’s never too late to dig in and begin a new journey of success.

REPLAYS are available on Podcasts, Telegram, Soundcloud, and TikTok. 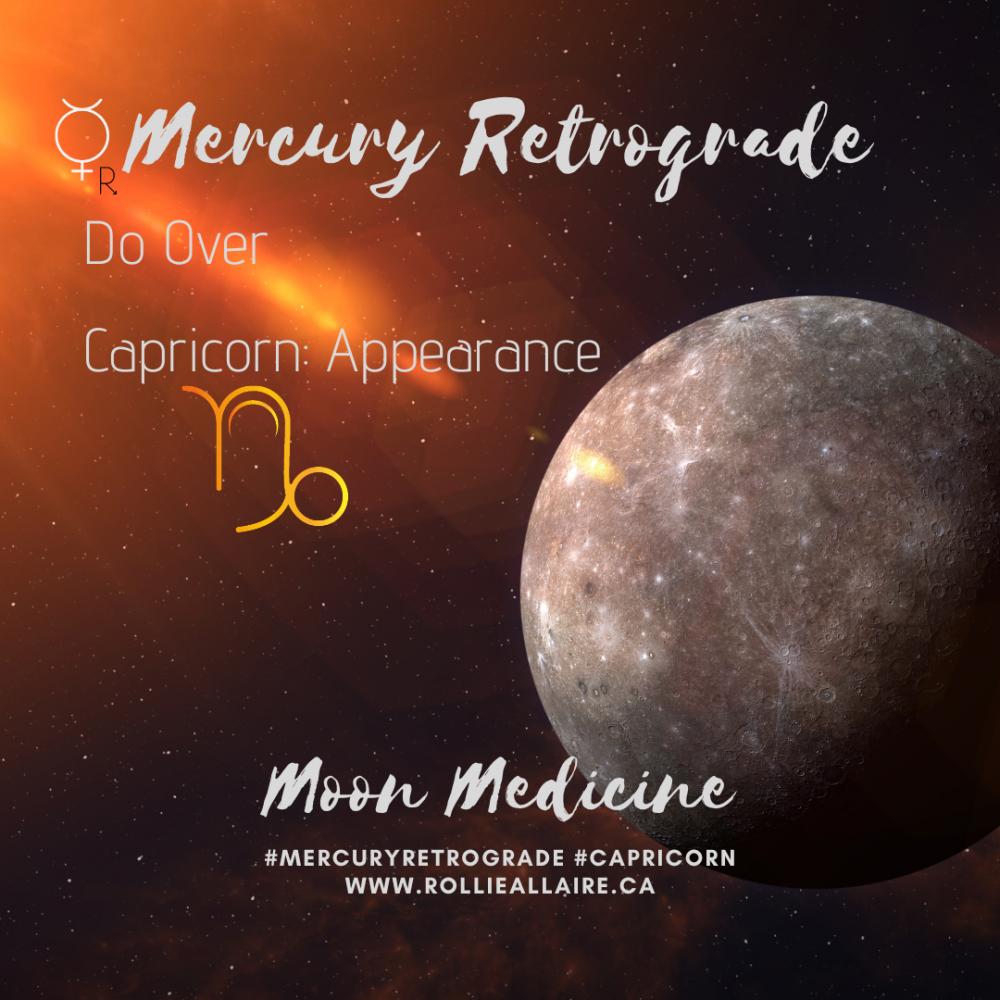 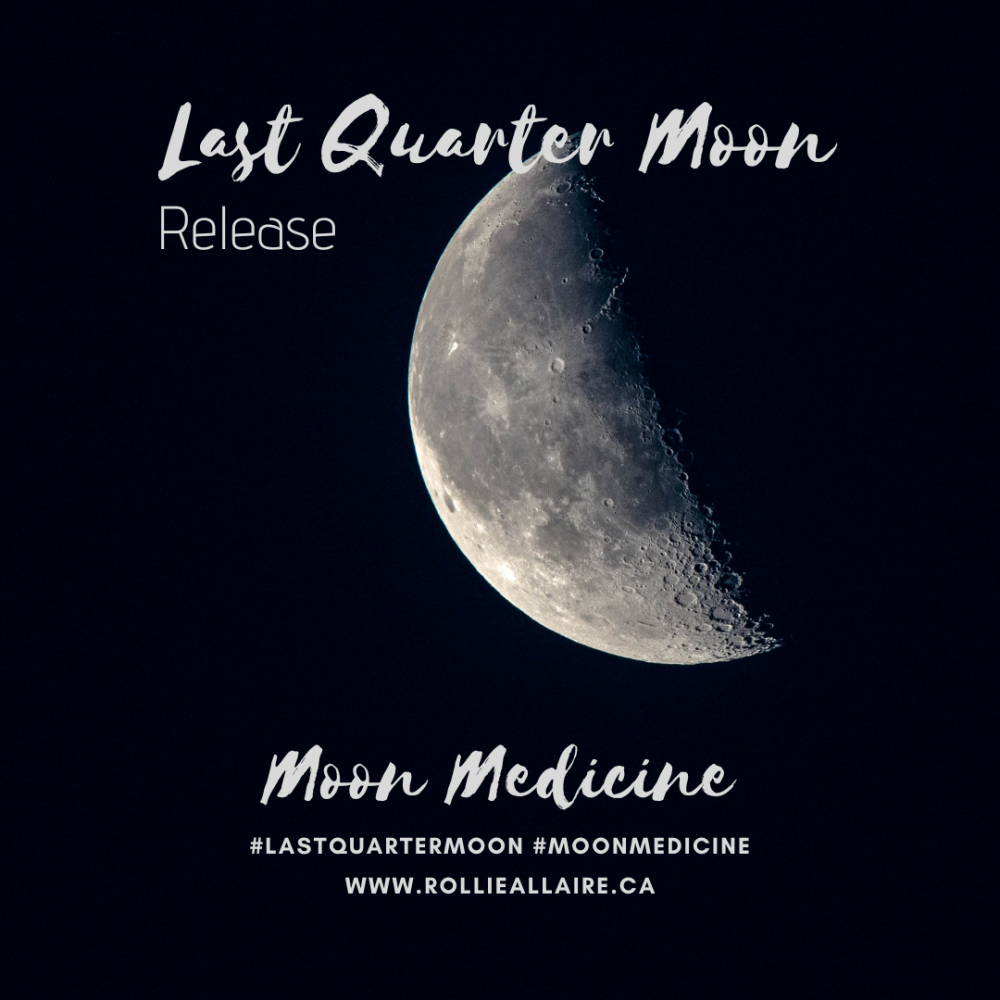 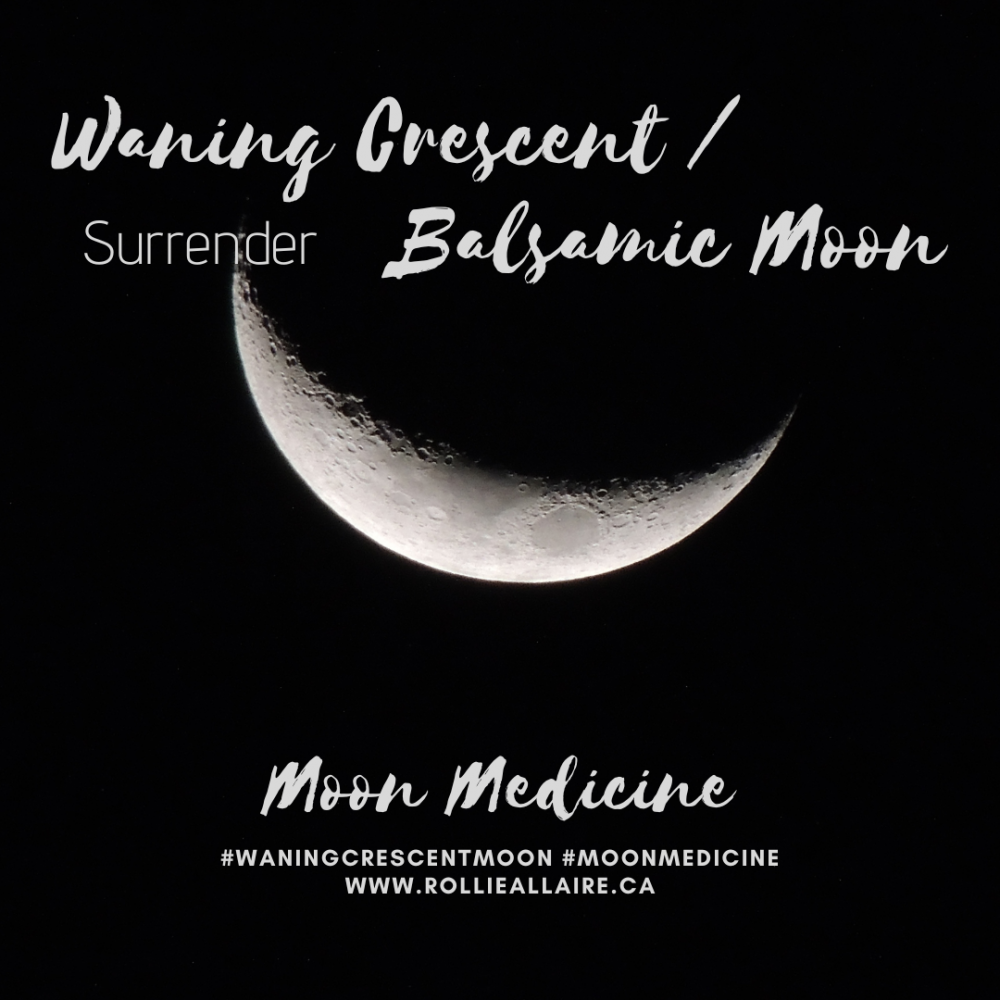 We continue to hold space in ☿ MERCURY ℞ RETROGRADE IN ♑CAPRICORN which began on December 29 at 4:31am EST and will go direct this week on January 18 8:11am EST. Mercury Retrograde gets a bad wrap. It happens up to four times a year. Mercury is the planet of the mind and communication. Retrograde is when a planet appears to reverse in the skies. Mercury Retrograde allows us the opportunity to change our minds on something and possibly even get second chances. Although technology may be affected during a Mercury Retrograde or you may be misunderstood, it can also be a good time to catch up with someone you care deeply about after far too long or you have a chance to rework your life. When Mercury Retrograde is in Capricorn, particularly, the focus will be on your appearance and the way you come across, your social ‘mask’. You may experience setbacks in work, clash with authority, or suffer a blow to your image. But you can always take something good from Mercury Retrograde, too! A retrograde in Capricorn is a great time to look back on your professional and work life and assess where changes are needed.

The energy of the 🌗 LAST QUARTER MOON PHASE, which is being carried over from last Saturday, you should be seeing abundance of the “crops”, even if it’s small outcomes to the goals or intentions that you set during the last new moon. This is a good time to give to those around you – feel the love.This is the time to start releasing the things you’ve been hanging onto that may be preventing you from fully receiving what you desire. Release those blocks and anything that no longer serves you.

And the 🌘 WANING CRESCENT / BALSAMIC MOON: Phase 8 – Surrender. And release … Now there is just a sliver of Grandmother Moon being lit up and decreasing as it moves towards the new moon. This is a time for healing, soothing, surrender, and emptiness. This is the time to surrender, rest and recuperate. You’ve now gone through an entire cycle – things have come and gone – willingly or not. You will be preparing to set new intentions with the new cycle, but not during this moon. Just relax and surrender to the universe.

The energy of the daily position of Grandmother Moon will also influence these Moon Phases. Every month, Grandmother Moon touches the 12 Zodiac signs. Like the tides, our emotions are pulled to the surface, and feelings are heightened within each sign. Some researchers have theorized that humans react to subtle changes in Mother Earth’s magnetic field that occur with the Moon phases.

We also remain in ♏ Scorpio💧Water Energy. Water Moons are emotional, psychic, and mysterious. Scorpio is a wonderful sign, but also very much a part of our shadow side. And when the Moon moves through Scorpio, it does take on some of this Scorpionic energy, which, like the Scorpion itself, has a sting. Tread carefully with anyone known to have a short fuse or a mean streak. And if you know you have a bit of a nasty sting in your own tail, do your meditations today. Minor upsets and petty jealousies can crop up to remind us we’re humans on the evolutionary trail. It’s a transformational energy. Scorpio Moon Day can actually have a major impact, be it material or physical, or psychological. 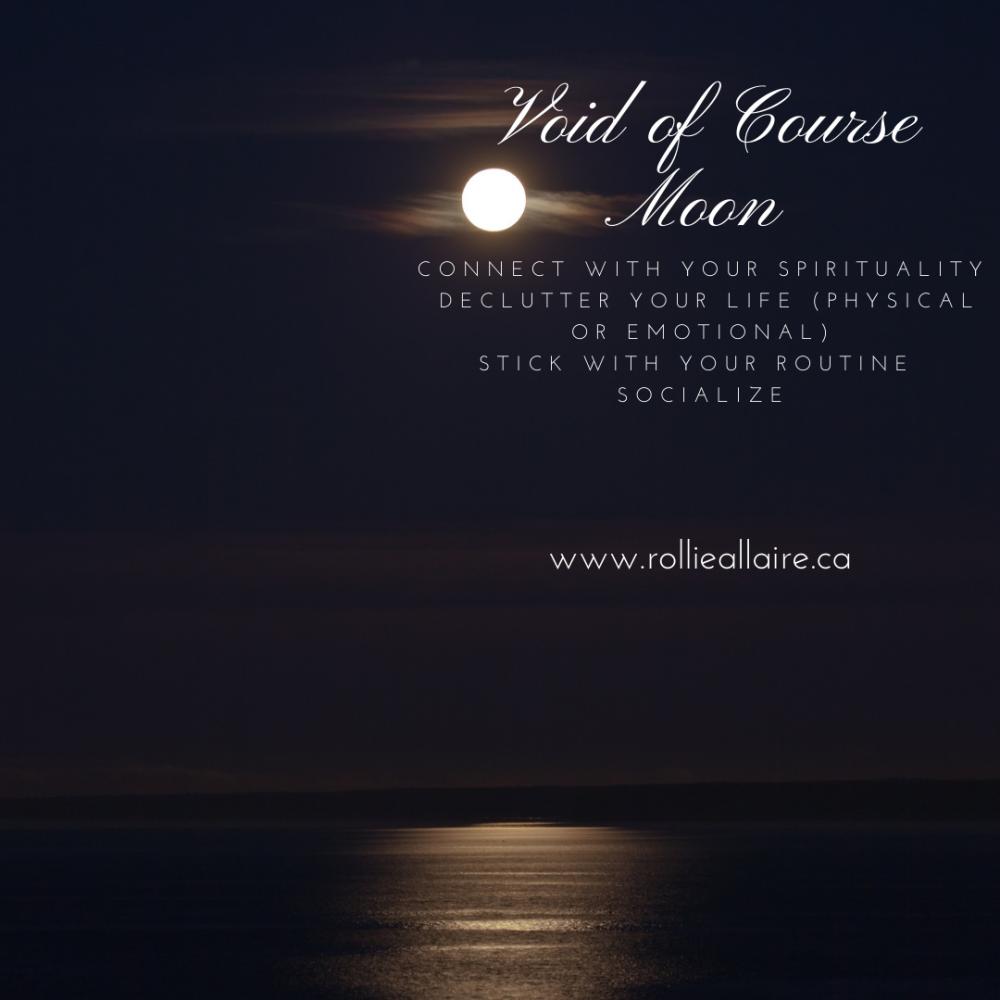 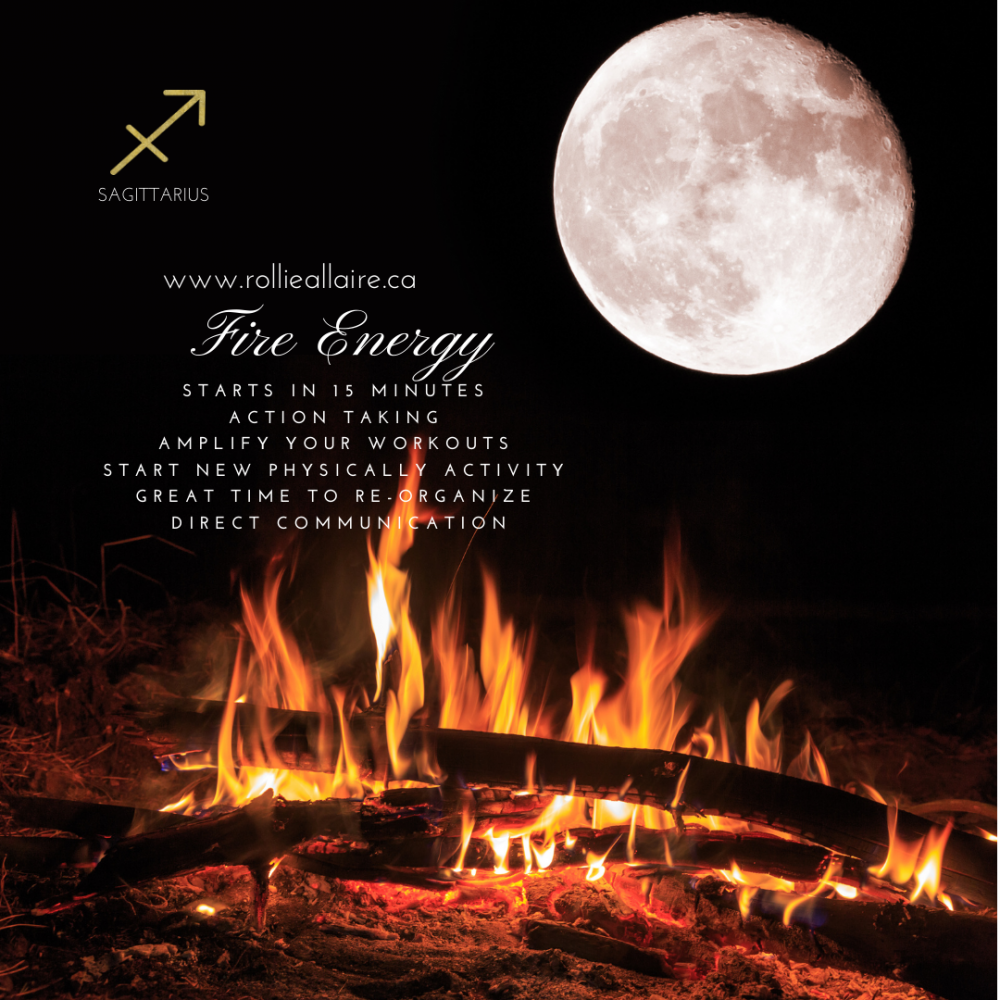 As ♏ Scorpio💧Water Energy comes to an end at 9:25am EST, we will move into a ⚠️ VOID MOON (VOC) until 12:32pm EST. Moon Medicine is about self-reflection. Grandmother Moon reflects back what we need to look at, what we need to face, and what we need to resolve. During this time, we are transitioning between one Zodiac sign to the next, but isn’t reflecting elements/making any major aspects with either sign …. this is the gap between those transitions. Sometimes it’s very short spurts while other times it’s looong. It can last minutes, hours, and sometimes, even days. During a Void of Course Moon, it gives us the time to just sit with the energy. If you can avoid doing anything during this time, then just sit with it in silence. Don’t start anything “big” or “important”.

Then we will shift to ♐ Sagittarius🔥Fire Energy. Fire Moons are fiery, impulsive, and passionate. In particular Sagittarius travel, study, freedom, the Great Cosmic Quest, religion, and higher education.

♐ Sagittarius🔥Fire Energy is a good day to let off some steam, overindulge, and take things as far as you can. This energy loves excess and pretty much always overdoes it. All this “have your cake and eat it too” can come at a cost. Be careful not to throw caution to the wind totally today. Being adventurous is one thing but being reckless is another.This is a great day to dream about the amazing book, or to put your mind to ideas of travel or study, the big picture – doing this can really help us things into perspective and move us into that all-important state of gratitude from which all good things come.

At 8:11am EST  ☿ MERCURY ℞ RETROGRADE IN ♑CAPRICORN will return direct, while 🌗 LAST QUARTER MOON PHASE ends at 10:56am EST. 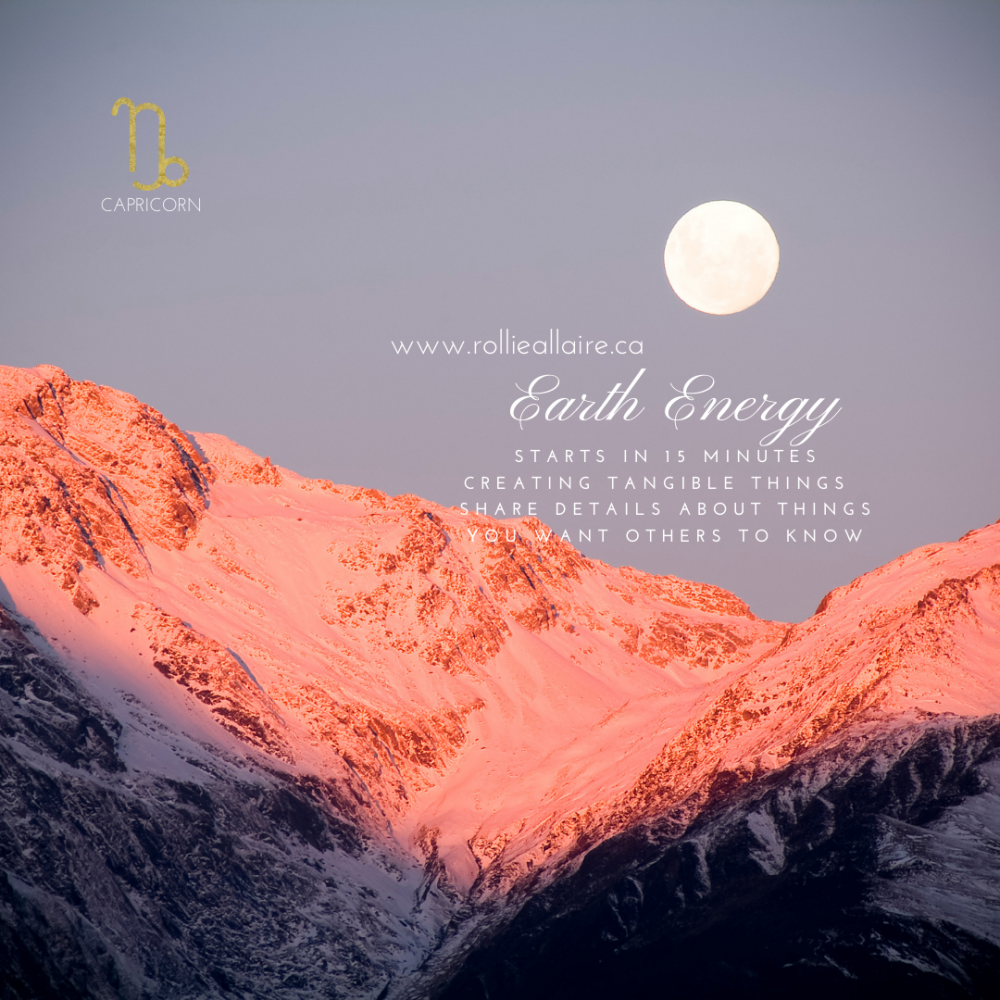 Moon Medicine is about self-reflection. Grandmother Moon reflects back on what we need to look at, what we need to face, and what we need to resolve. During ⚠️ VOID MOON (VOC), we are transitioning from one Zodiac sign to the next, but isn’t reflecting elements/making any major aspects with either sign …. this is the gap between those transitions. Sometimes it’s very short spurts while other times it’s looong. It can last minutes, hours, and sometimes, even days. During a Void of Course Moon, it gives us the time to just sit with the energy. If you can avoid doing anything during this time, then just sit with it in silence. In this case, we are experiencing this energy from 5:08am – 2:11pm EST. Don’t start anything “big” or “important”.

And then we shift into ♑ Capricorn ⛰️Earth Energy begins at 2:12pm EST. Earth Moons are grounding, practical, and stable. While Capricorn Energy in particular are about work, ambition, career, and where you leave your mark. Capricorn is the most ordered and ambitious of the signs so when the Moon is here, being sensible and strategic is the order of the day. It’s a wonderful time to get your life back on track. Think about where you’ve been, where you want to go, and what kind of mark you want to leave on the world. It’s a day when relationships with bosses, or your position as a boss, become important. Behaving maturely and thinking long-term are the keys to success now. Be smart, but don’t be too serious. Work out your goals for the months ahead (it’s a good day to do your month-ahead plan), but don’t let all this squeeze the joy out.

🌘 WANING CRESCENT / BALSAMIC MOON: Phase 8 – Surrender. As you do this month ahead planning in ♑ Capricorn ⛰️Earth Energy, this is a time for healing, soothing, surrender, and emptiness. You must add time to surrender, rest and recuperate. You will be preparing to set new intentions with the new cycle, but not during this moon. Just relax and surrender to the universe. 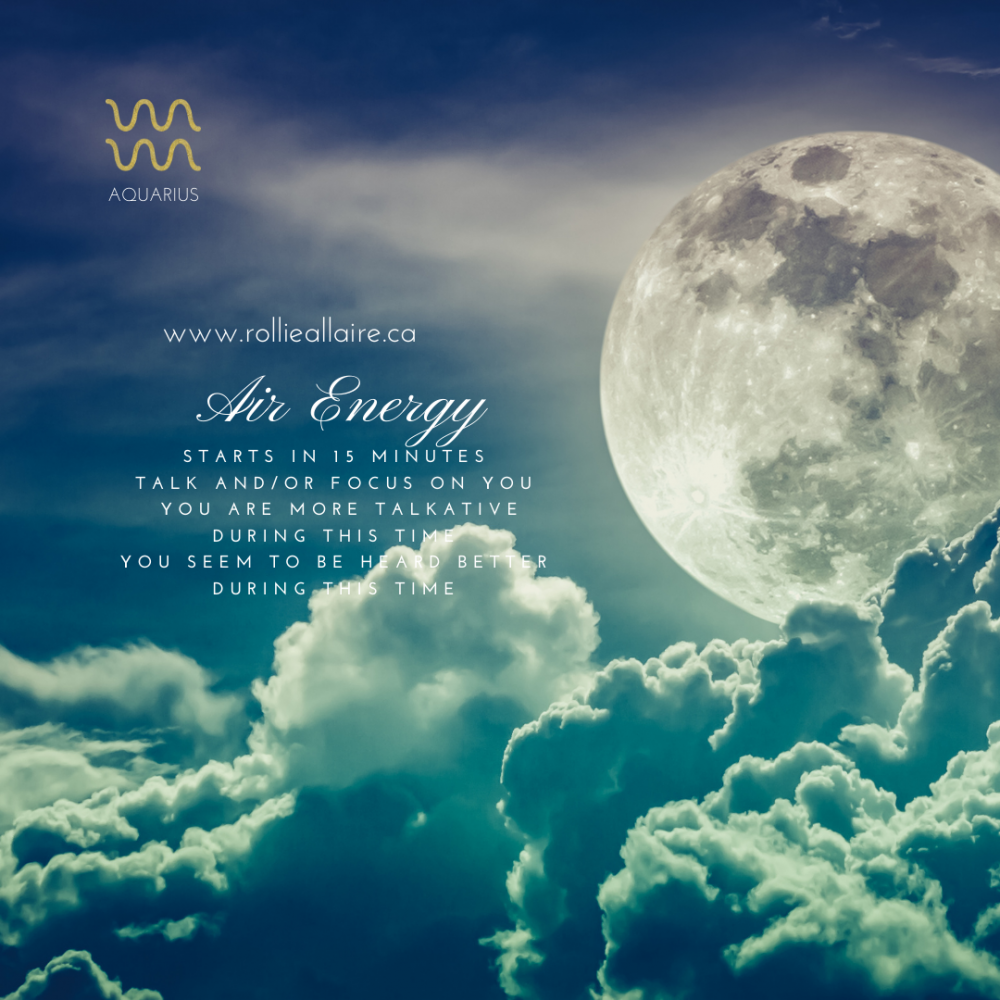 Today we will move away from 🌘 WANING CRESCENT / BALSAMIC MOON: Phase 8 – Surrender and the ♑ Capricorn ⛰️Earth Energy. We start off in the ⚠️ VOID MOON (VOC) at 10:52am EST. This will be a very short time in self-reflection of this Moon Energy as we get all in our head with an Air Moon. Air Moons are chatty, flighty, and intellectual. ♒ Aquarius ☁️ Air Energy in particular is all about friends, social networks, groups, the thing wished for, hopes, and dreams. We all need to start to be a tad more progressive and think about the future which begins at 1:29pm EST. Aquarius is all about modernization and progress. It’s a great day to rebel and be non-conformist, too. Aquarius is an energy that likes to live outside the box. The Universe (or rather the Moon) supports you in being your wackiest, best self. Great day to get together with friends and charitable events. Aquarius loves to do good things for the world and to do those things with as many people as possible.

At 3:53 pm EST, we move into the 🌑NEW MOON: Phase 1 – New Beginnings. This is the time of the month when the moon and the sun are on the same side of the Earth. To us on Earth it looks like the dark side of the moon is facing us. Historically during this time, women took time away from everyone during this time, as it represents the menstrual cycle, the menses. This is our first New Moon in 2023. It is not only new beginnings, fresh starts, and clean slates for this lunar cycle, but for all of 2023.

♒ Aquarius ☁️ Air Energy gives us the chance to truly think outside of the box. Set the intention of what you truly want for this lunar cycle and all of 2023. 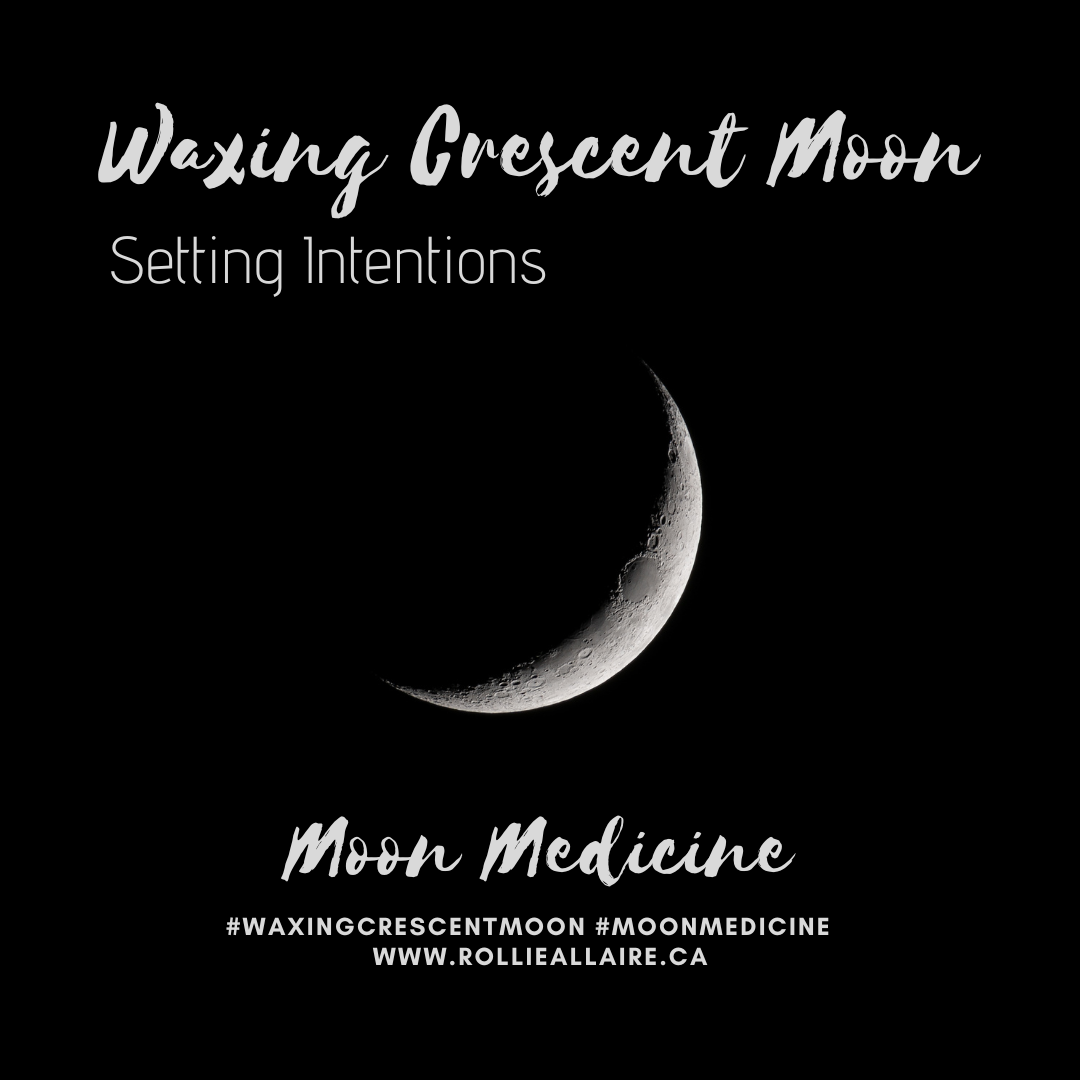 Yesterday very shortly after we shifted into the 🌑 NEW MOON, we moved into the 🌒 WAXING CRESCENT MOON: Phase 2 – Setting Intentions. This is the time of the fastest increase in its visible size as the sun starts to move closer to the new moon and begins to lighten up. A crescent appears until it grows into a first-quarter moon. During this time we have access to courage, moving forward, and faith. Its energy is correspondingly active and dynamic. Ancient druids regarded it as the most auspicious time to work creative magic – to catch the rising tide. The potential of the 🌑 New Moon is starting to manifest. This is the time for setting intentions, hopes, wishes, writing cheques to the universe, or burying your crystals. After recharging under the newness of Grandmother Moon, your desires are ready to be planted.

We will carry the ♒ Aquarius ☁️ Air Energy into next week.

To know more about the “exact times” that the Moon Energy is shifting,
see the Moon Medicine Calendar in the portal. 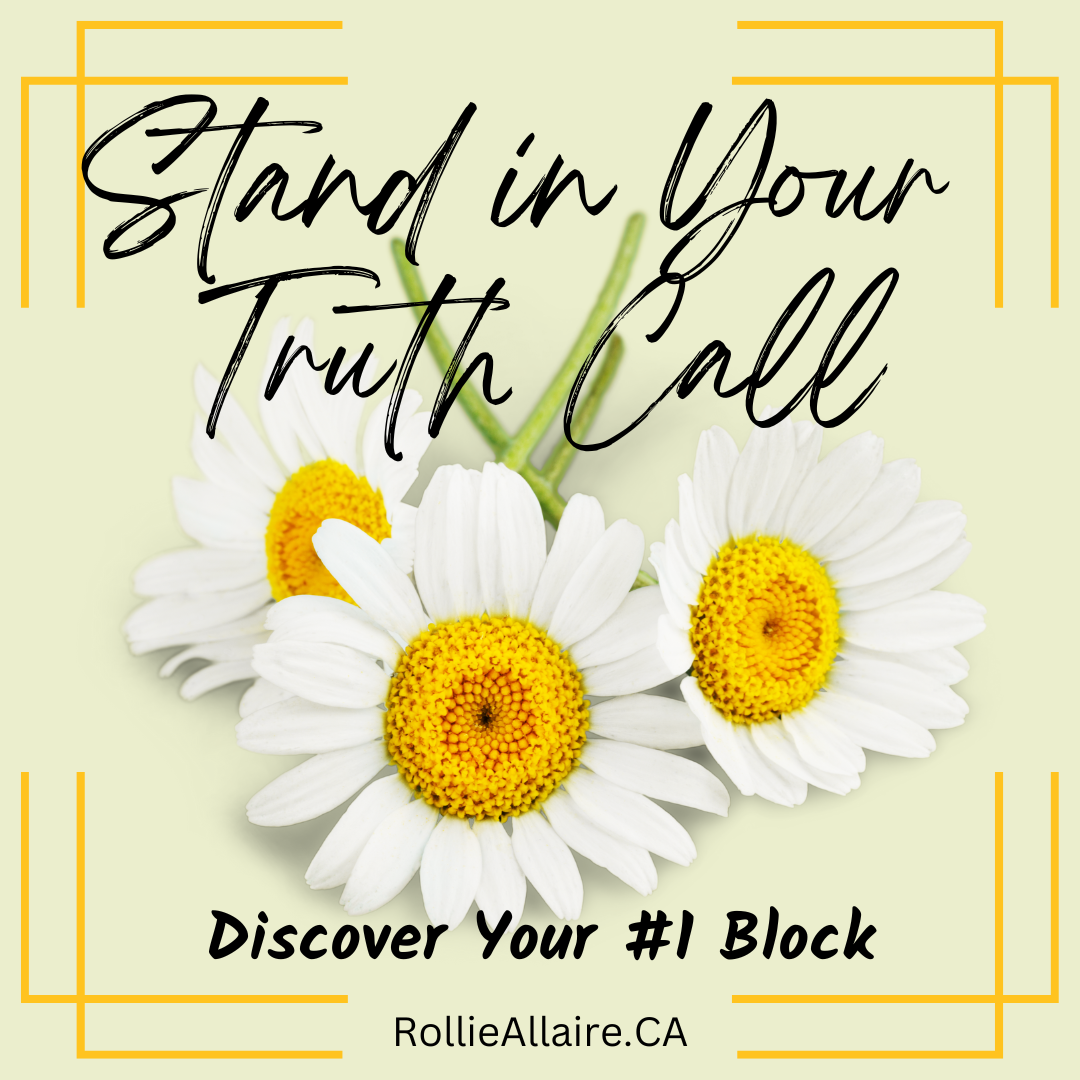 Are you ready to stand in your truth and feel fulfilled so you can finally achieve all your desires?

This is the work I’m passionate about. I work with successful women who feel disempowered in their personal relationships to stand in their truth and communicate with confidence.

If you’re ready to discover the #1 block keeping you from standing in your truth and communicating with confidence in your relationships, join me for a complimentary Stand In Your Truth Call.

To know more about the “exact times” that the Moon Energy is shifting,
see the Moon Medicine Calendar in the portal.